The completed warrior – ancient Sparta and its ideal

The movie 300, spartan races and workouts and a lambda on every rucksack at the range. But only a few understand what Sparta is about. Our friend A. Hohenstein gave us his thoughts about it:

The question of war and how it should be performed doesn’t age, but is part of human existence. Since the beginning men have been striving to find the perfect answer to this question in order to surpass their enemies and to be victorious. Barely anyone is as famous for this striving as the warriors of ancient Sparta, a village in the south of the Greek Peloponnese whose ascension to military power began about 3000 years ago. In the Classical age, from 500 to around 336 BC, the village was well known for the unwavering fighting spirit of its warriors who hardly ever faced defeat.

“The Spartans do not ask how many are the enemy, but where are they.” – Plutarch

The most famous of all is without doubt the battle of Thermopylae in 480 BC, where 300 Spartans together with a couple of thousands of other Greek warriors tried to withstand the Persian invasion army to defend the freedom of the Hellenic world. All of the Spartans died on that day while securing the retreat of the rest of the troops, but not without inflicting heavy casualties to the invaders. The battle became a myth of discipline and sacrifice and remains an ideal until today, for every soldier must be aware of the fact that one day he might have to give his own life for the security of his homeland and loved ones.

“There is always a Thermopylae where one can die.” – Nicolás Gómez Dávila

Reaching an ideal – shape and discipline

The way of the warrior is long and arduous, every man or woman who took it knows about its challenges. Becoming part of the absolute elite is not only a decision for a ‘job’, but a way of living.

In ancient Sparta every male of 14 years had to take part in a martial education called ‘Agoge’, which took several years. There the young aspirants learned everything they would later need in the community of their people, especially that war is the business of every man who wants to hold the Spartan citizenship, which was only given to adult males who completed the Agoge.

So the ideal of the completed warrior was institutionalised and became the most important part of a Spartans life. This may seem extreme compared to the situation of today, but it shows that military institutions need a cultural background as well as the need of every culture for being able to defend against its enemies. Today the thought of lasting peace is spread widely, but remains a mere illusion.

“If you love peace, show the same upright attitude in it as throughout war.” – Henry de Montherlant

War has always been not only a practical, but a mental art. A fundamental part of it is a guiding narrative for the group as well as the individual. Soldiers had the will to become superior because they were told the stories of the heroes that came before them. The hoplites of Sparta are a timeless paragon to those who seek to excel the average, the ordinary, for those who are conscious of duty, order and hierarchy. Therefore, no better example can be found in the history books. 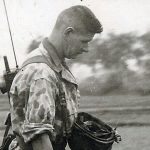